Space, time, material and attention are vital elements in Matt’s work. When Matt creates he uses a form of meditative practice to allow himself to be present and attentive to the creative process. He attends to the ‘nothing’ and allow ‘something’ to form. This connects him to deep modes of generative force. Just as the Universe holds distinct reflective forms and spaces of dark matter, the forms that emerge in the studio create worlds within worlds.

Matt’s forms are honed and shaped to balance aesthetic surface tension with framed spaces. The play between negative and positive shapes is important and I create lines for the eye to dance over, flowing between surface and space, edge and void.

The finishes on his pieces hold and reflect light. A lustre glaze will bounce light while a terra-sigillata surface absorbs light, either dramatically or sensitively, through minimal colour. From earth bound materials to framing space my work explores deep questions of existence, of why there is something and not nothing.

Matt Sherratt trained at Loughborough College of Art & Design graduating in 1992 with a First Class BA Hons Degree in Ceramics. In 2004 he gained an MA in Ceramics & Glass at the Royal College of Art. He has been resident artist at the National Portrait Gallery and South Hill Park in Bracknell, and taught at the City Lit College in Covent Garden London for over ten years. He has recently made another move from N Wales to Cheshire where he is hopefully now settled..

I was selected as a member for Design Nation. They support ‘Britain’s most talented designers’ to make contacts and links between designers, makers and industry.www.designnation.co.uk

Artist in residence at South Hill Park – Aug-Dec 2004-06
Ceramic Artist for South Hill Park Arts Centre. This post came with ceramic studio and part time teaching to both children and adults. I was awarded a £9,000 art council grant to develop new work. At the end of this post I had a solo exhibition in the Bracknell gallery.

Artist in residence at National Portrait Gallery –  Sept-Feb 2004-05
Ceramic artist for project ‘Reaching Out, Drawing.’ I worked in collaboration with Harringay Education Services. I taught both children and parents to produce ceramic sculptures about the family using paintings from the NPG for inspiration. The outcome was a high profile exhibition of the project at the National Portrait Gallery for 4 months called Family Faces. 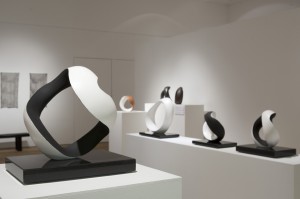 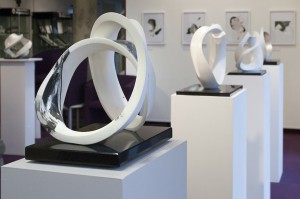